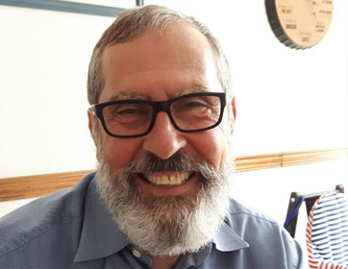 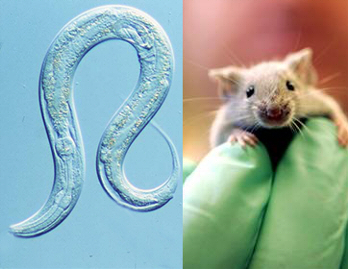 Siegfried Hekimi was born in Zürich and obtained his undergraduate degree in Biology at the University of Geneva. He then moved to the famed Laboratory of Molecular Biology (LMB) of the Medical Research Council in Cambridge, UK, to collaborate with Dr J.G. White as a post-doctoral fellow of the Swiss National Science Fund. It is at the LMB where Hekimi developed his interest for using 'the worm' for translational studies in the biology of aging. It is also in Cambridge that he identified the first mutants that helped to demonstrate that aging could be manipulated genetically and that inducing mild mitochondrial dysfunction could in fact slow down the aging process of animals. In 1992 he joined McGill University where he has been a full professor since 2004.

We are using mutants of the microscopic worm Caenorhabditis elegans and the mouse  to study aging, a crucial, profound, and poorly understood biological phenomenon. We hope our insights will provide new ways for medical intervention on the aging process. We are particularly focusing on gene activities that affect mitochondrial function, and on mutants that enhance longevity. We are also interested in the biosynthesis and function of ubiquinone (UQ, Coenzyme Q, CoQ), the obligate, diffusible, relay in the mitochondrial electron transport chain. Here too we use mutants in both organisms to unravel the basic biochemical functions of ubiquinone and to develop drugs that can help alleviate the diseases linked to ubiquinone deficiency.

Estimating the occurrence of primary ubiquinone deficiency by analysis of large-scale sequencing data.

The laboratory is located in two buildings. The Stewart Biological Sciences Building is located on the North-East corner of Docteur Penfield Avenue and William Osler Street in the west part of the McGill campus. It is near the metro station Peel Map The Francesco Bellini Life Sciences Building accommodates scientists from biology, biochemistry and physiology.